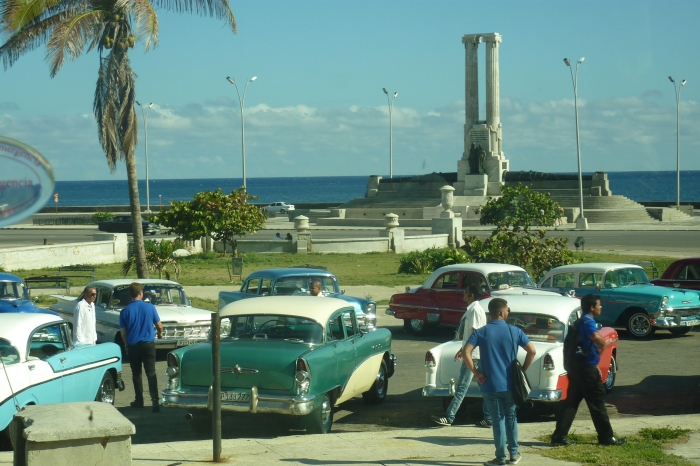 Cars and the Maine Monument

This blog has endeavored to engage policy and politics without injecting personal observations and life. Perhaps you’ll indulge us this once. Bernie Sanders a major power in the Democratic Party (though not a member) and Jeremy Corbin the leader the UK Labor Party have both been lavish in their praise of Castro Cuba. When asked at a press conference while he was mayor of Burlington Vermont, “Do you stand by your qualified-but-fulsome praise of the totalitarian regime in Cuba? “Sanders answered “Yes.” Apparently his opinion hasn’t changed. When asked after Fidel Castro’s death in 2016 about the leader’s legacy, Sanders replied,

You know, I think what we can say—and I’ve been to Cuba two or three times. I think Jane and I went in 1989 for the first time, and I’ve been back a couple of times, and Jane had some educational work in Cuba. A lot of positive things that can be said. Their healthcare system, for a Third World country, is quite good. It’s universal: All people have healthcare without any expense. Last time I was there, I visited a hospital, where they do very, very serious and good work. They come up with a lot of new drugs, actually, in Cuba, I believe. Their educational system is strong. But in truth, their economy is in pretty bad shape. And in truth, you don’t do very well if you dissent in Cuba